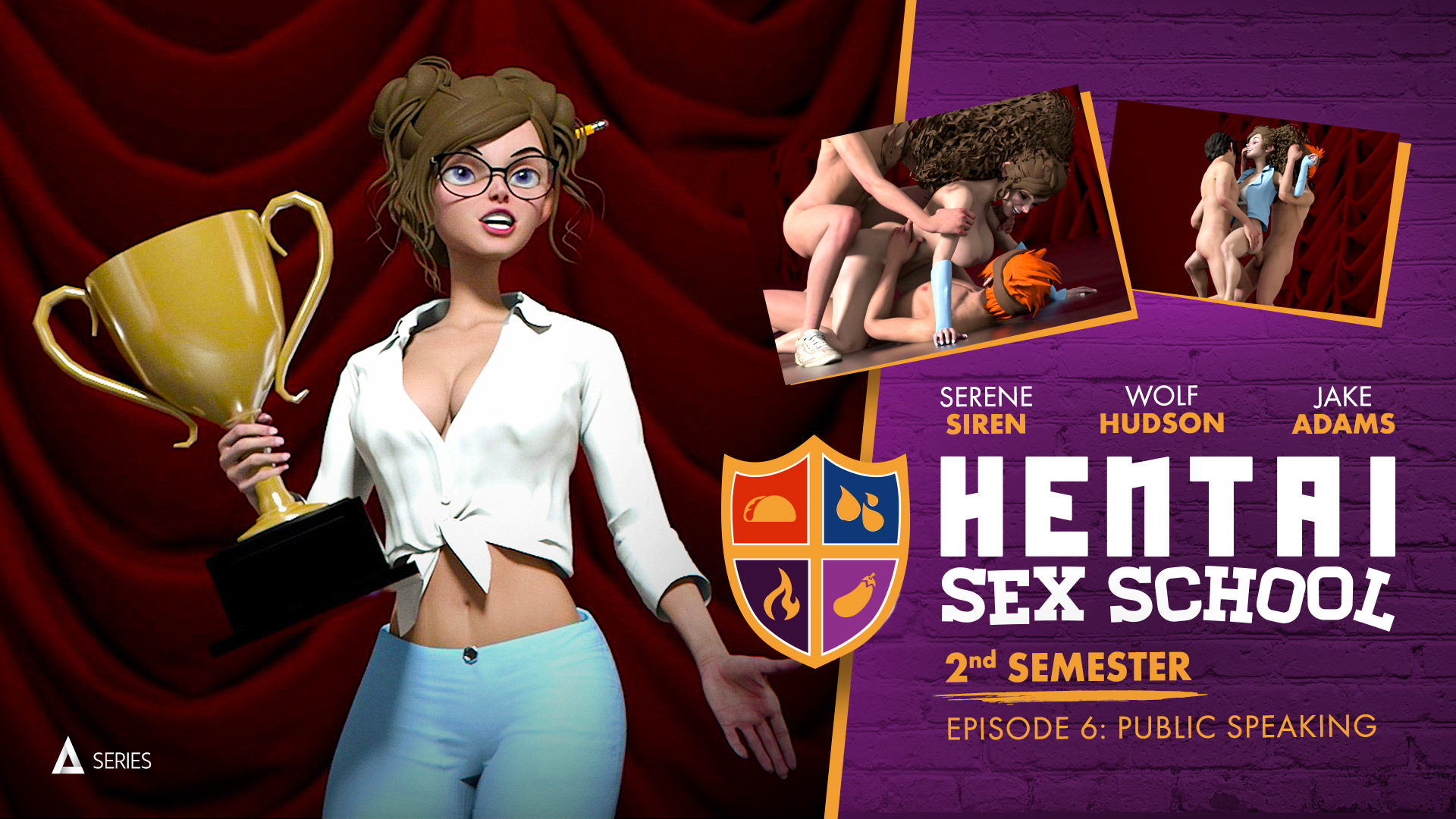 The 4Play Games are over… and Hentai Sex School has come out on top!At the closing ceremony, Nathan Basic (Jake Adams), Penny Lustmore (April O’Neil), Misty Clitt (Kira Noir), and Blitz Hardrocket (Wolf Hudson) excitedly and proudly walk on stage as Allura Karma (Serene Siren) presents their trophy. But things take a dramatic turn as Allura reveals her true intentions: using the games to recruit the best and brightest students for her own nefarious deeds!Everyone is stunned as Allura admits that she thought Nathan himself was the ‘chosen one’ but, over the course of the semester, she’s come to realize that he’s nothing but a weakling. That’s when she realized that there’s someone ELSE who can join her and usher in a new world: Blitz!Nathan is adamant that Blitz would NEVER join her… but gets the shock of a lifetime as Blitz moves to Allura’s side…Is this the end of their friendship AND the world?