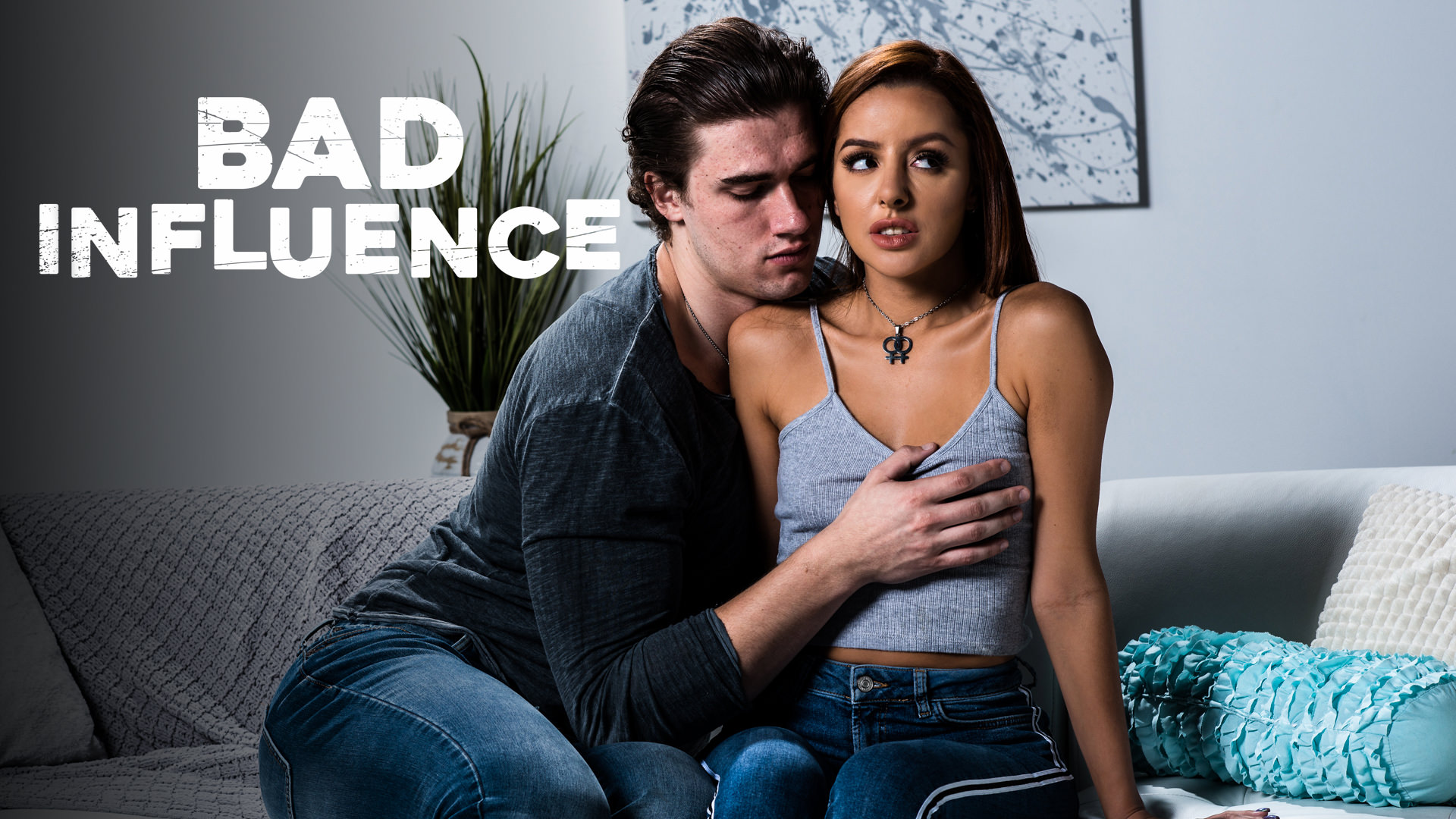 BAD INFLUENCESCENE OPENS on Abby (Vanna Bardot) who rushes to meet with Martin (Michael Swayze), the sibling of her recovering girlfriend (Terri). Martin is worried that Terri is about to start using again. Martin then reveals that he will make SURE Terri relapses if Abby doesn’t do something for him. Abby’s eyes widen in shock as an excited, twisted grin forms on Martin’s face.CUT TO TITLEAs Abby struggles to understand what Martin has just said, he explains that he has been manipulating Terri for years to keep her weak and vulnerable in an effort to control her. Abby looks furious, practically trembling with anger. She gets up to leave. But she stops in her tracks when Martin lays out his plan for her – threatening to engineer a scenario where Terri relapses…unless Abby fucks him.Abby is stunned, at a loss for words for a moment. How could he DO this?? But even though Abby is reluctant and disgusted by Martin, she’s determined to protect her girlfriend, so she agrees to give Martin what he wants – as long as he leaves Terri alone for good.But will Terri EVER really escape Martin’s bad influence?