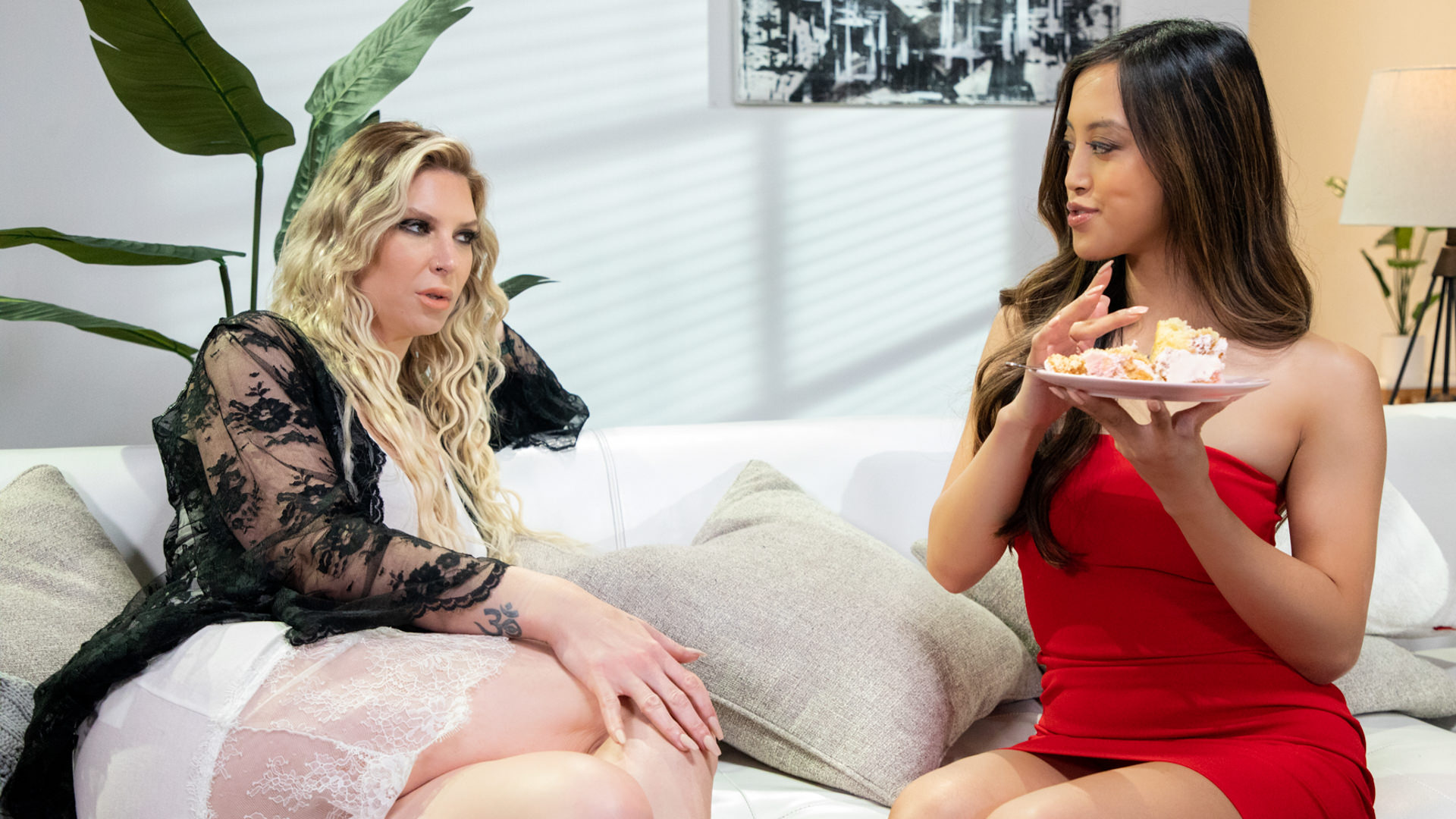 Alexia Anders has just finished celebrating her 18th birthday party and is now relaxing with Brooke Banner, a friend of her parents. While licking some icing from a slice of leftover birthday cake, Alexia admits that she is unhappy because even though she’s finally an adult, her parents still don’t treat her like one. Brooke tries to cheer her up, telling Alexia that her parents love her very much and are just having a hard time letting go.Still, Brooke agrees that it would be sad if Alexia’s first year as an adult didn’t get a proper start, so now that they’re alone, she offers to give Alexia a special grownup birthday present. But it’s a surprise, so Alexia has to close her eyes. No peeking! Once Alexia’s eyes are closed, Brooke partially undresses and takes off her bra, then places the bra in Alexia’s hands. Alexia is delighted when she feels the luxurious lace and realizes that it’s a fancy bra, until she opens her eyes and is shocked to see that Brooke’s breasts are on display. Brooke explains that she’s not giving Alexia a bra… she’s offering to have SEX with Alexia!Alexia is intrigued, but worried about her parents finding out. Brooke points out that they can keep it a secret, and that would be a way for Alexia to take some control back from her parents. Alexia agrees, kissing Brooke and licking her nipples, then letting Brooke touch her pussy. Looks like this is going to be a memorable birthday indeed!