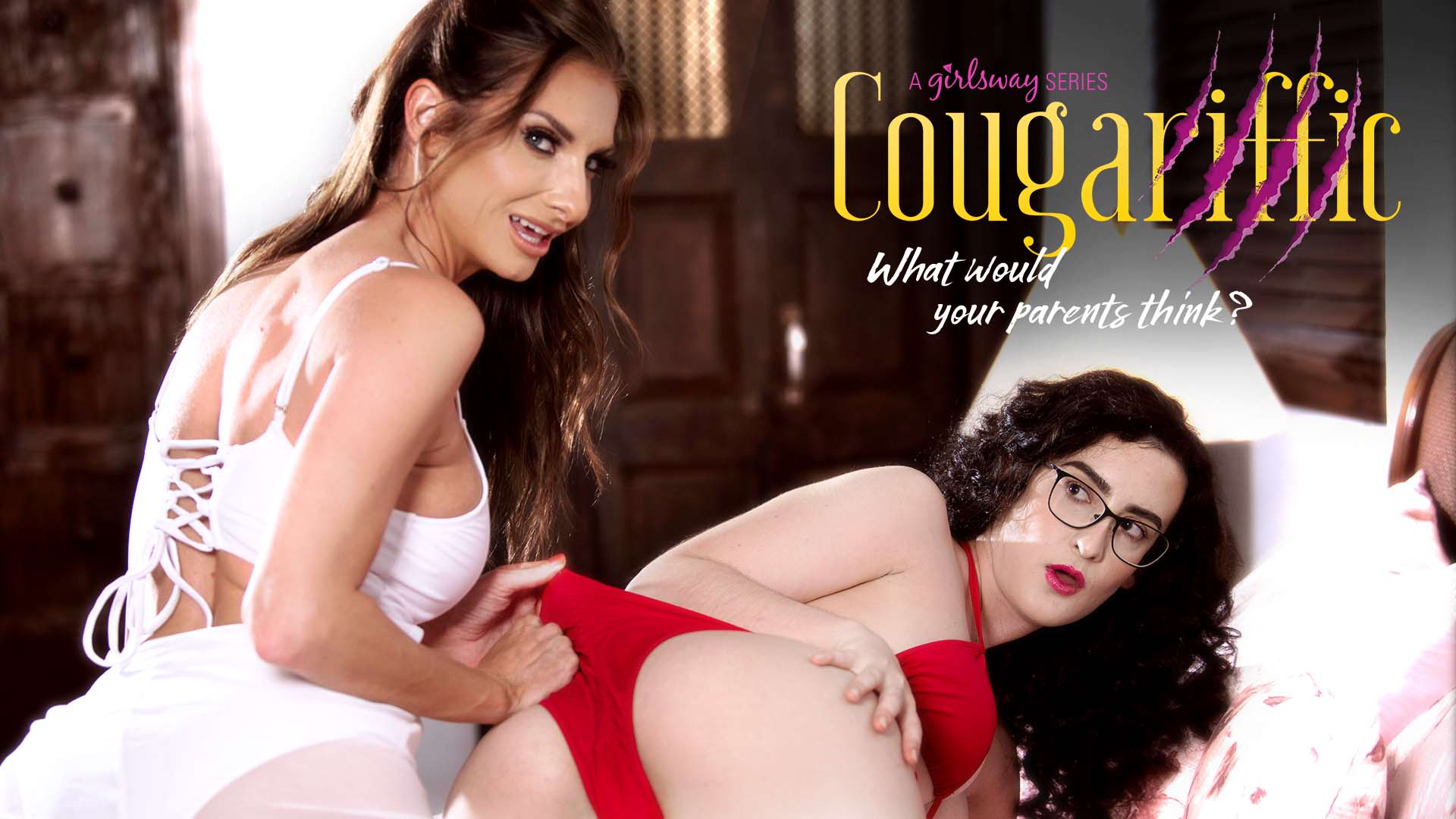 Silvia Saige is at a pool party, though it isn’t long before she has to run inside and hide out. It’s clear she needs a breather, fanning herself, though she doesn’t have any time to herself before she’s joined by Lyra Lockhart, wearing a skimpy bikini and sultry smile.Lyra teases Silvia about running off, not being shy at all as she sits down next to Silvia and flaunts her perky breasts. Silvia is flustered by how much skin Lyra’s showing, though tries to insist that she WASN’T hiding… However, Lyra is sly, remarking that she KNOWS Silvia was checking her out and that she fled to avoid her.Silvia stumbles all over herself as she tries to deny this, though Lyra only becomes even more flirty and seductive. She’s had her eye on Silvia while now and WANTS her. Even though Silvia is obviously tempted, she’s still shocked by Lyra’s boldness. She’s been friends with Lyra’s parents for so long — what would they think??But Lyra only turns up the heat, proving that she doesn’t CARE what her parents think… They’re not the boss of her and they’re NOT the boss of Silvia either! They can do WHATEVER they want… And as soon as Lyra rises to her feet and invites Silvia to follow her to her bedroom, Silvia can no longer resist.