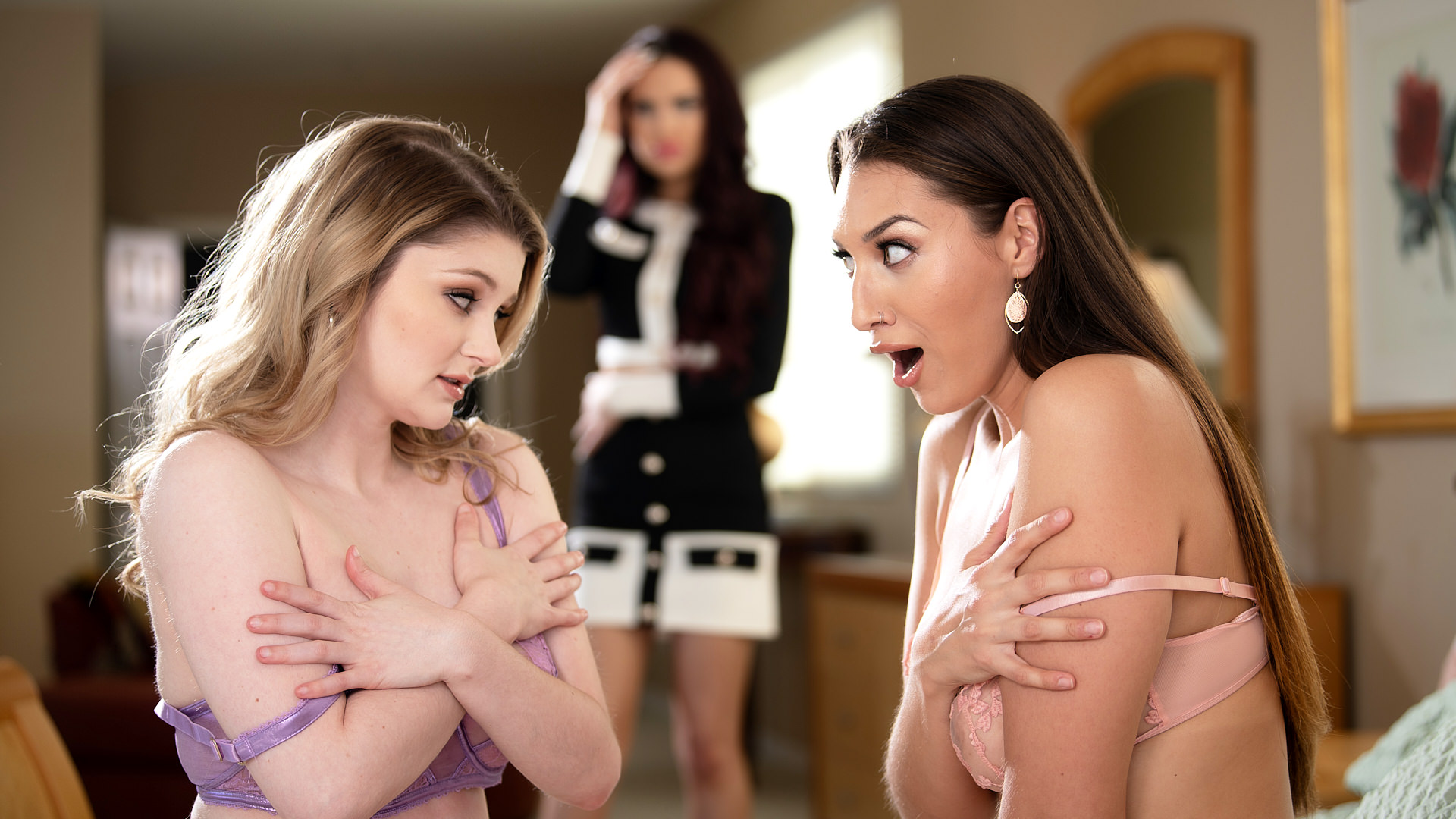 Sabina Rouge is in her car in front of the house that she shares with her girlfriend, Bella Rolland. Sabina is leaving a message on Bella’s voicemail because she’s having an AWFUL day. Sabina is super behind with work because the power went out at the office, she’s apparently LOCKED out of her own house, and Bella’s not answering the door OR her phone. Since Bella’s not around to help, she’ll have to call a locksmith to get inside.A short time later, after being let into her house by the locksmith, Sabina is ready to put this whole day behind her. But as soon as she steps inside, she’s puzzled since she can hear music… As she walks down the hall towards her bedroom, she opens the door and gets the shock of a lifetime: Bella is in bed with another woman, Bunny Colby!Sabina is furious as she confronts her cheating girlfriend, lamenting about how this is literally the worst day of her life. Meanwhile, Bella tries to apologize, promising that she’ll do ANYTHING to make it up to Sabina. In the background, Bunny tries to awkwardly sneak away but Sabina stops her, boldly stating that they BOTH owe her the most amazing orgasm she’s ever had!