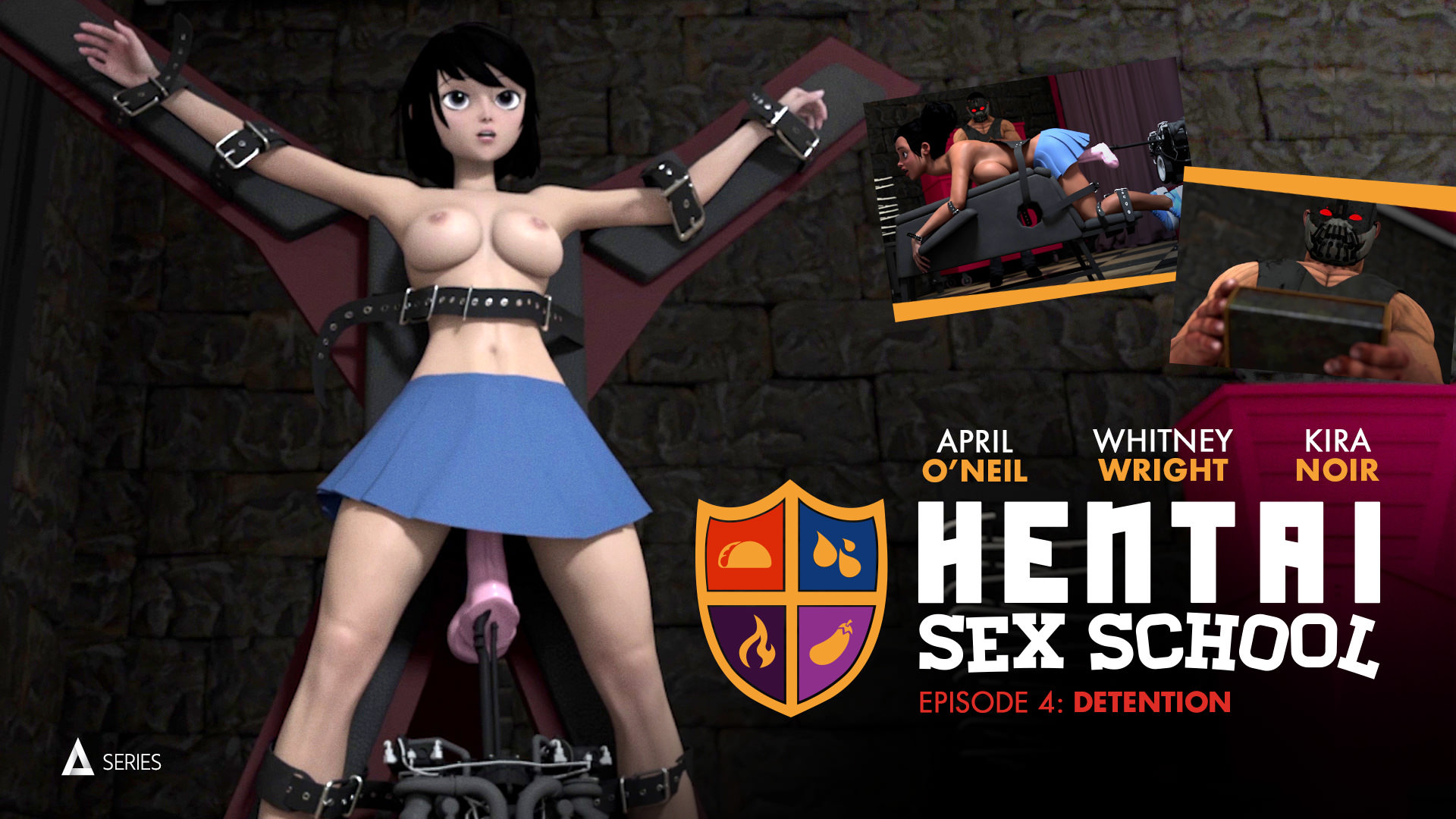 Things have gone from bad to worse for Penny Lustmore (April O’Neil). After a rough start on her first day at the prestigious Hentai Sex School, a misunderstanding has landed her into detention with the kind-hearted Misty Clitt (Kira Noir) and the seemingly cold-hearted Cinn sisters, Candy and Cyanide (Whitney Wright). In a dark and dank dungeon tucked away deep in the bowels of the school, Penny, Misty, and the Cinn sisters are each shackled to chairs and benches, bent over and spread-eagled as fuck machines relentlessly pound them. A minion looks on, grumbling and groaning as it works the controls of the machines.The girls moan and writhe as they are penetrated non-stop. Through their gasps, Misty and the Cinns argue about whose fault it is that they landed in detention. The Cinn sisters accuse Misty of being the instigator, but Misty fires back, saying that she was just defending Penny because THEY were picking on her. What’s their problem with Penny anyway? Before the sisters can answer, the fuck machines suddenly speed up as the minion turns up the dial. The girls go wild, their eyes rolling back into their heads with uncontrollable pleasure. Squirming and wriggling, the Cinn sisters finally admit their frustrations with Penny, explaining that they worked so hard to get into Hentai Sex School, while Penny just gets everything handed to her because of the accomplishments of her famous father.Finally, Penny can no longer stand all the arguing and speaks up, begging the girls to stop fighting. But her pleas are drowned out by their moans of pleasure as the minion turns up the intensity of the fuck machines again.How long can each of the girls last, and will they be able to settle their differences before the punishment becomes too much? Because detention is about to push them to the very LIMITS of their sexual endurance!