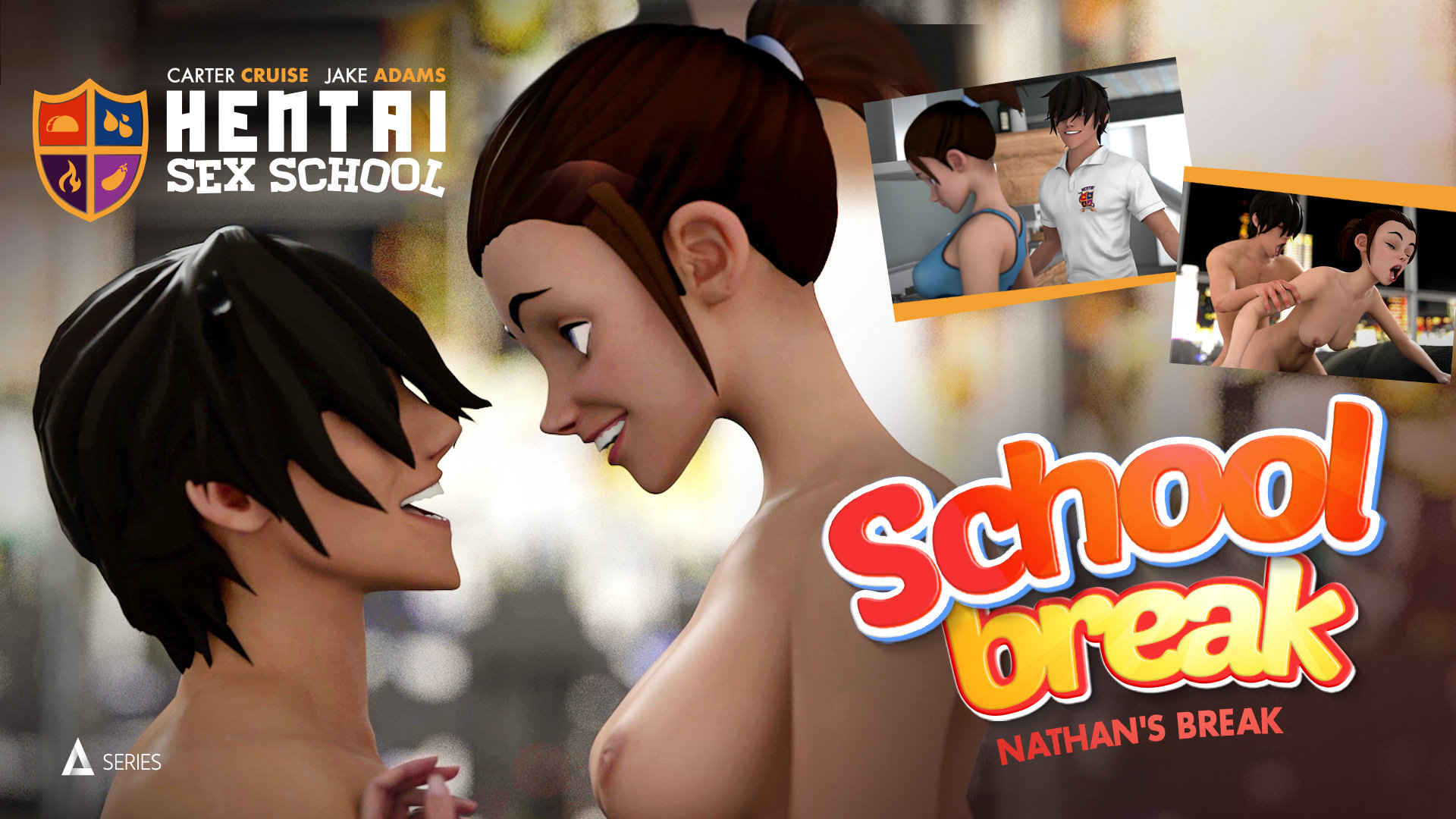 It’s the semester break for Nathan Basic (Jake Adams) and after the many ups and downs of his last term at the famous Hentai Sex School, Nathan could certainly USE a break. So, it’s with no small amount of excitement that Nathan arrives home at the apartment he shares with his step-sister, professional sex competitor Nadine (Carter Cruise).Anxious to tell Nadine all about his adventures at school, he greets her warmly, coming in for a hug when he sees her. But, much to Nathan’s surprise, Nadine doesn’t share his warmth, gruffly refusing his hug, insisting that she’s all sweaty from training. She rushes off, leaving Nathan surprised and a little disappointed by her stand-offish attitude.Later that night, Nathan, still wanting to spend time with Nadine, tries to get her to take a break from her training. But when she coldly rebuffs him again, Nathan is even more disappointed.Nathan doesn’t give up, and the next day, he arrives home with a bag full of Nadine’s favorite groceries, excited for the extra family bonding time that cooking a meal together will give them. But again, Nadine doesn’t share his enthusiasm, rudely swatting the bag out of his hand and insisting that he got the wrong groceries. As Nadine stalks off, Nathan shakes his head in confusion. What is going ON with her?Determined to find out, Nathan approaches Nadine the next day, interrupting her workout as he tries to get to the bottom of what’s bothering her. Nadine begrudgingly listens to Nathan as he tells her how confused he is about her recent attitude. She and Nathan used to be so close – more than siblings, they were best friends! But ever since he got accepted to Hentai Sex School, she’s been acting SO weird towards him.Instantly defensive, Nadine lashes out, angry that Nathan got into Hentai Sex School for no apparent reason while she’s been working her ass off for years and they never accepted her.Nathan tries to apologize, but that only gets Nadine more fired up. What did Hentai Sex School see in him when she’s better at sex than he’ll EVER be?? Despite Nathan’s protestations to the contrary, Nadine won’t listen to reason. Insisting that she’ll PROVE her sexual superiority, she strips off her clothes and yanks Nathan’s pants down, sliding his cock into her pussy in one swift motion.This faceoff seems to be what Nadine needs to settle this sibling rivalry, but what will it take for her to realize that there really IS no rivalry?