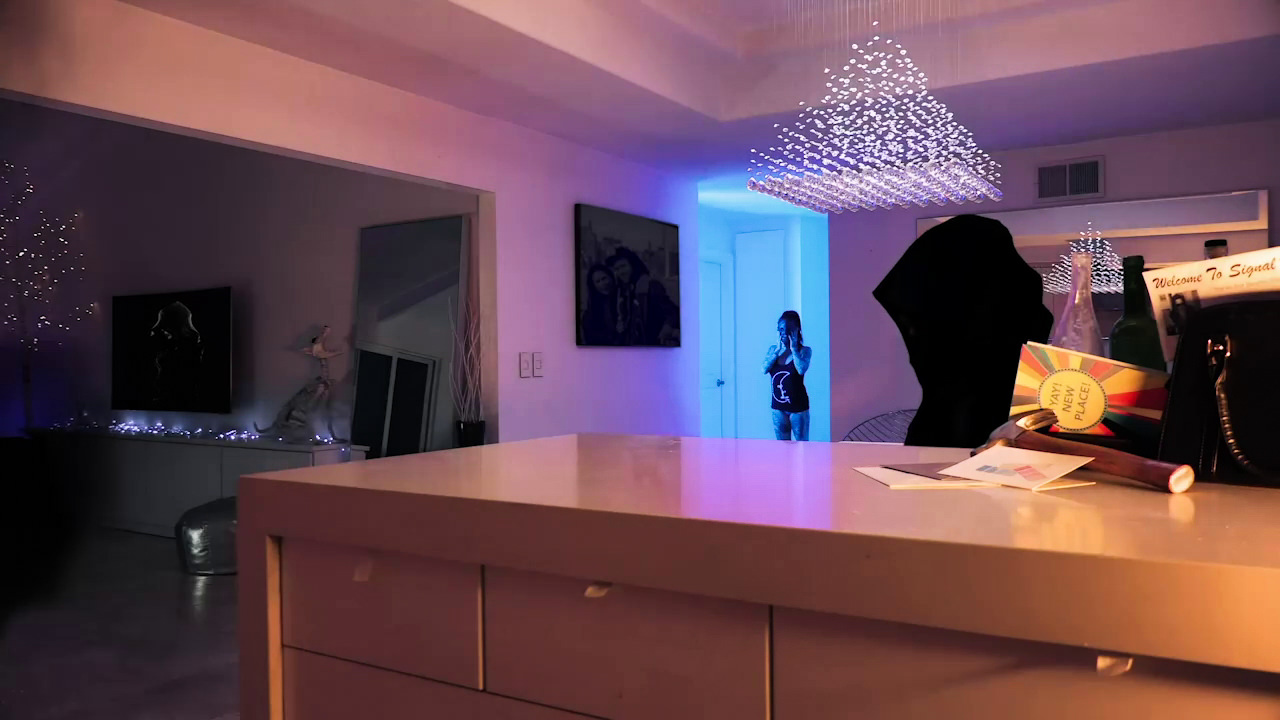 Ever since Joanna Angel saw something in the attic of her new home in Signal Hill, she’s been plagued with intense, dark, sexual desires. Not only that, but visions have started to swirl in her head of ominous mist, leather masks, and hooded figures. But instead of scaring her, these visions fill her with fire and the never-ending need to fuck.She spends her nights restlessly roaming the house, dancing to a beat that only she can hear. She’s unable to keep her hands off herself as these visions guide her… though there’s only so much pleasure she can give herself.She hungrily pounces Aaron (Small Hands) in bed one night, getting him riled to have a spontaneous romp. Aaron is all for it, although he’s blown away by how much more aggressive Joanna’s been during sex these days. He’s not really COMPLAINING, but it IS a bit… startling… to say the least.But tonight, after Joanna goes to town on his cock and begs him to hammer her pussy, he’s starting to get a bit worried. Especially when disturbing visions of her wearing a mask and looking sinister start creeping into his head.What is happening to them??