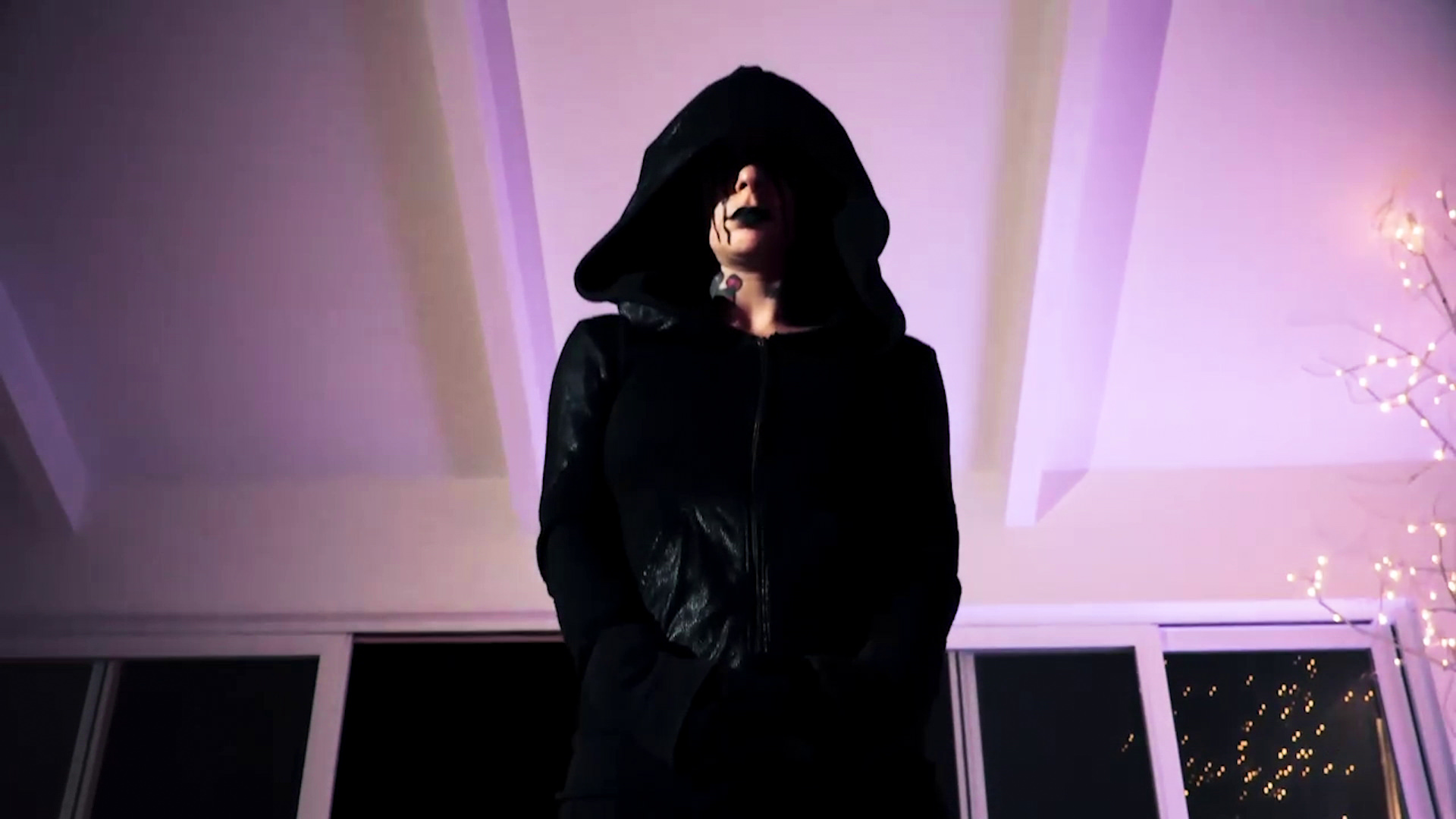 Aaron (Small Hands) has major concerns about the house now as he gets in touch with the realtor that sold it to them. Although the realtor acts defensive at first, he soon admits that the reason why the house was so cheap was because someone kicked the bucket within its walls. He’s willing to at least give Aaron the names of the couple who lived there before but even as he does, he points out something on the mirror behind Aaron.When Aaron turns around, he sees ‘LANA’ scrawled in red lipstick across the reflective surface. Although he barely hears it over the phone before he legs it, the realtor gives him a name: Lana Live, who lost her life under mysterious circumstances.Although he’s thoroughly freaked out, Aaron returns to the house after calling Joanna Angel and learning that everything’s fine. It was foolish of him to just run like that, but the fear was so primal… Surely he’s just overreacting.Once he arrives home and is immediately jumped by a hooded figure, Aaron’s pretty sure he’s NOT overreacting! But before he knows it, he’s knocked him out cold.When Aaron next stirs, he finds himself masked and bound before an altar. The hooded figure appears again and Aaron realizes that it’s his sweet Joanna warped almost beyond recognition. But when Joanna frees his cock from his pants and starts to go down on him, he gives in…Will this buy him time to save them both?