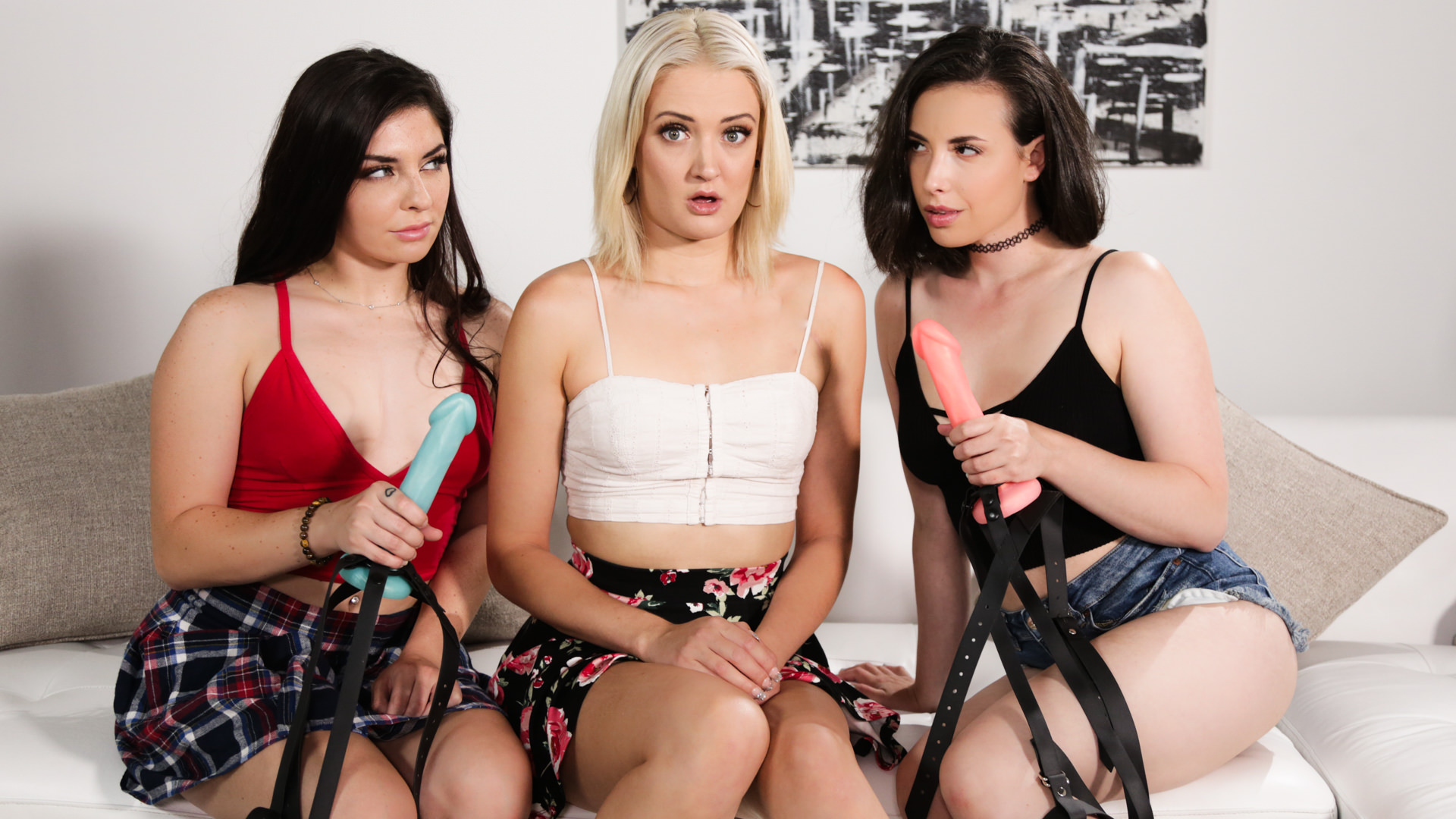 Casey Calvert and Keira Croft are two step-sisters who just found out that they’re dating the same girl! It seems that Zoe Sparx has a thing for sisters and deceived them by dating both of them at the same time. But instead of cutting ties with Zoe completely, they have an idea on how to get back at her. Casey and Keira aren’t going to let Zoe get off THAT easy!Casey gets Keira to call Zoe and invite her over. Of course, they keep the fact that Casey will be there, too, a secret so that they can confront Zoe together. Once Keira connects with Zoe and extends the invite, the game is on.When Zoe shows up and greets Keira, she has NO IDEA what’s in store… until Casey reveals herself. Keira knows she’s been busted and begs for forgiveness, insisting that she didn’t mean to hurt either of them. She cares about them both but got a bit greedy… However, the step-sisters aren’t convinced about Zoe’s sincerity and insist that if she wants to make it up to them, she’ll have to be punished… Zoe’s eyes widen as Casey and Keira break out strap-ons and, though she knows it’s supposed to be a punishment, she can’t help but get excited!Things get hot and heavy as Casey and Keira vent their frustrations with a fiery double-penetration session. Although Zoe is being scolded, being teamed up on by two hot sisters is her fantasy come true! But after everything is said and done, will she be able to win them back over?