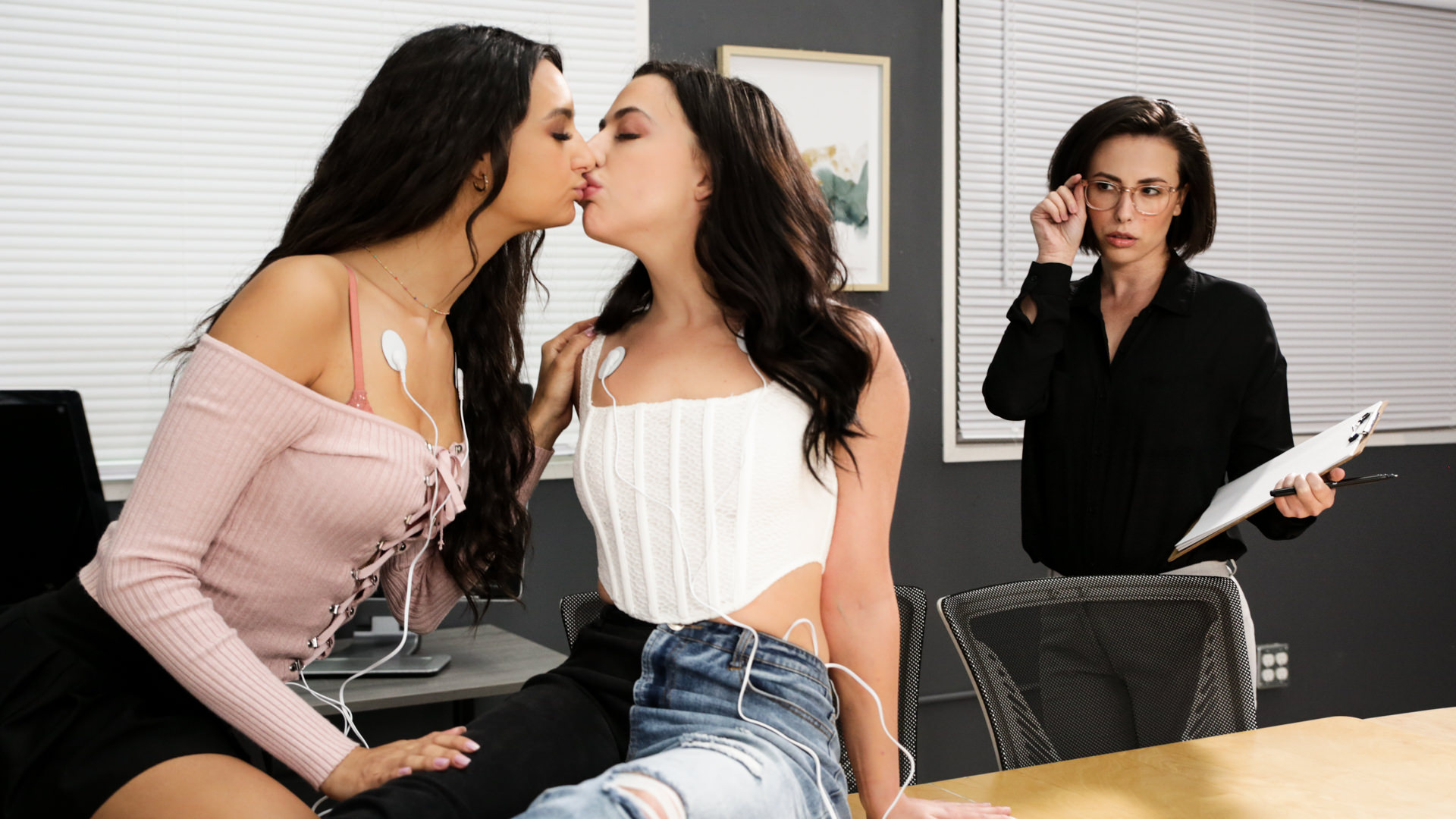 Two straight friends and roommates, Eliza Ibarra and Whitney Wright are excited to take part in a study. Although Whitney’s a little nervous about it, especially since she’s not entirely sure what the study is about, Eliza is all for it. Eliza’s SURE that they’re just going to be asked some questions and then they’ll be done!When Casey Calvert arrives and announces that she’ll be the one conducting the study, Eliza and Whitney are ready to go! But then they get the shock of a lifetime when Casey asks if they’re lesbians, revealing that they need to be a lesbian couple in order to participate. They are even MORE shocked when Casey also announces that they’ll even need to have sex as part of the study!Desperate not to get kicked out of the study, Eliza and Whitney play up being an adoring couple, although Casey is suspicious. Since they need to seal the deal, they begin kissing each other, cutely fumbling over themselves in their nervousness. However, to their surprise, Eliza and Whitney find that they actually ENJOY kissing and things gradually become more steamy… As Casey keenly observes them and scribbles down notes, Eliza and Whitney are about to give her all the data she needs!