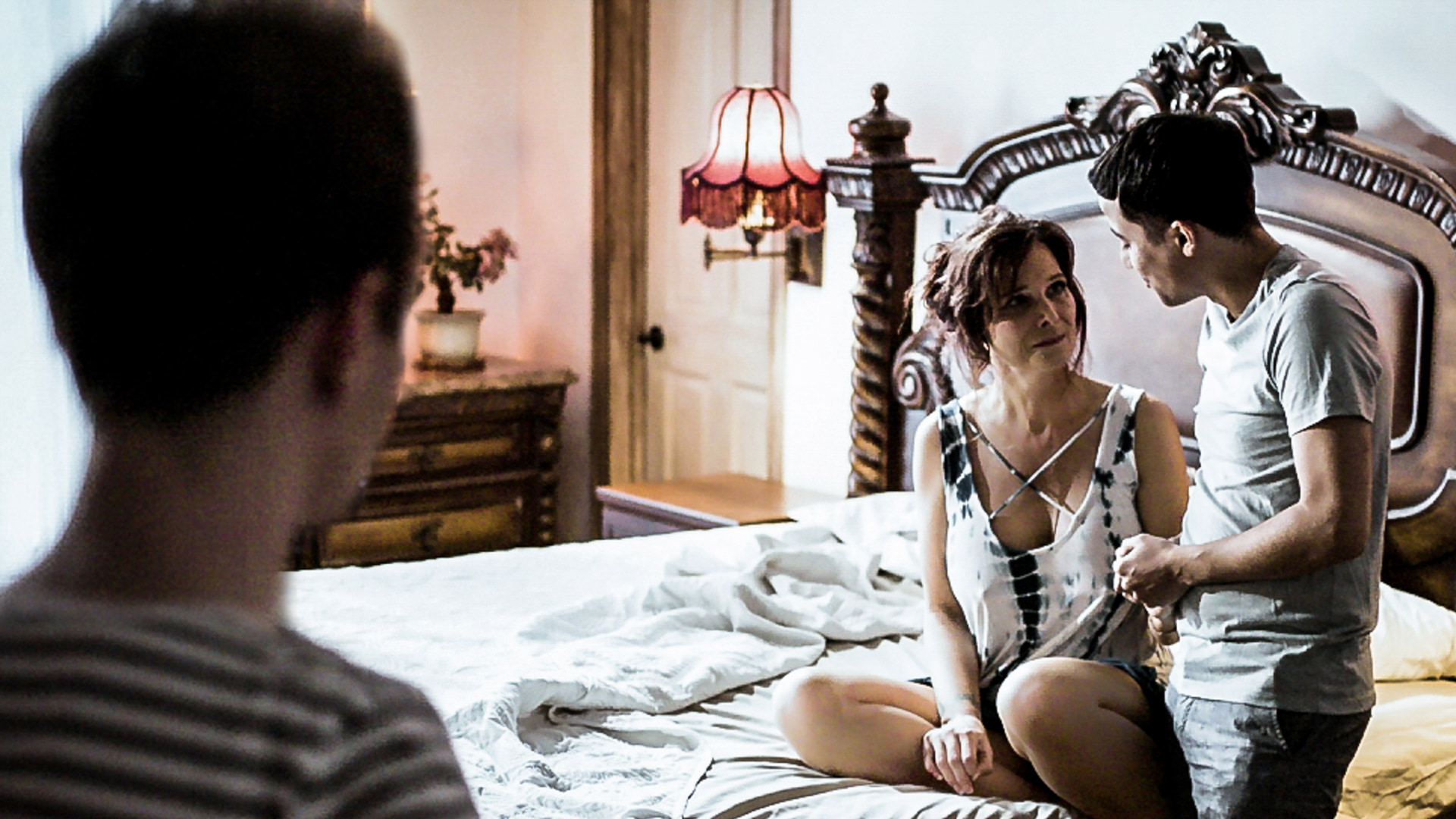 TAKING CARE OF MOMTwo Angry Brothers DP Grief-Stricken Mom To Take Out Their FrustrationsEver since Molly (Syren De Mer)’s husband passed away, she’s been in a state of shock. Unfortunately, that means that her two teen step-sons, Paul (Ricky Spanish) and Justin (Alex Jett) have had to pick up the pieces of their broken lives. Molly’s just so out of it these days that they can’t even leave her alone by herself without fear of her hurting herself or accidentally flooding the house.On this one day, after sending their mom away to lie down, the brothers finally reach their breaking point and have a heated argument. It seems that the last straw is the fact that Molly didn’t bother to try and make it to a job interview that day. Although Paul tries to be understanding about what their mother is going through, Justin is much more resentful and unforgiving. If Molly doesn’t snap out of it and shape up, they’re going to be homeless soon! They need HER to be the parent — not them!As much as Paul wants to be a good son and honor his father’s memory, he has to admit that Justin DOES have a point… So now it’s time to confront their grieving mom and set things right once and for all.