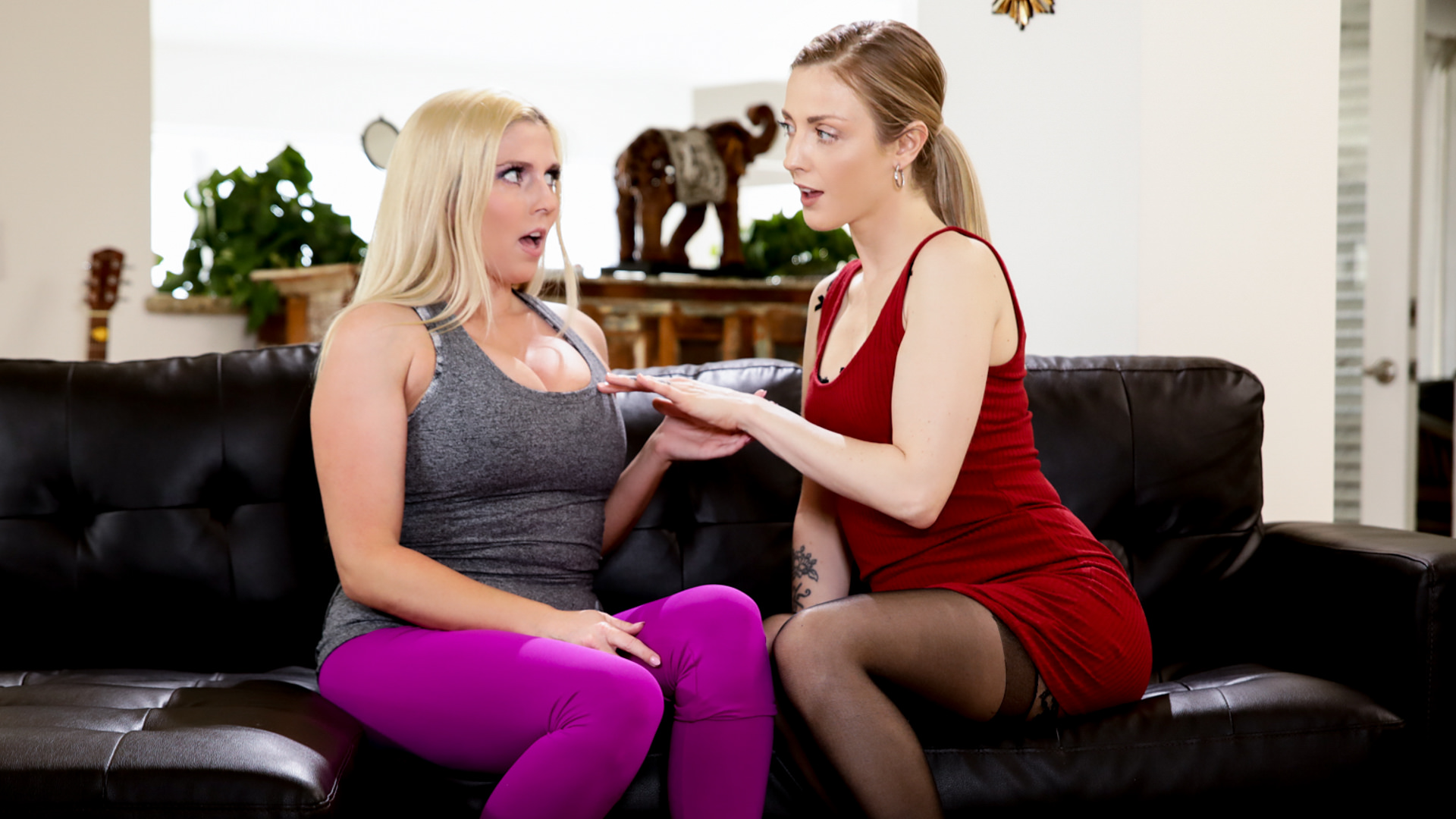 When Karla Kush, a teacher, arrives at the house of one of her students, she is a woman on a mission. She meets Christie Stevens, the mother of the student, and sits her down for a discussion. She gets straight to the point as she calls Christie out for being on a lesbian hookup app.Christie is stunned, worried about her wife and daughter finding out about her secret affairs. Karla doesn’t take it easy on her either as she insists that it’s her duty as an educator to make sure that everything goes smoothly for the daughter…It’s clear that Karla is just angling for a little something for herself but Christie is so distraught, and just a bit clueless, that she doesn’t notice. Instead, she plays right into Karla’s hands as Karla suggests that she won’t say anything to anyone… IF Christie has sex with her! Why not have an affair to end all affairs? Then Christie will be all affaired-out and there won’t be any more problems in the future!Christie, still oblivious to Karla’s intentions, easily agrees to have a romp since it seems logical to her. Soon, Karla takes the lead, undressing her and fondling her breasts. As Christie gets more and more into it, things get hotter between them. The tension between them is released as they soon ravish each other, relishing the taste of each other’s pussies… But is it really the affair to end all affairs??