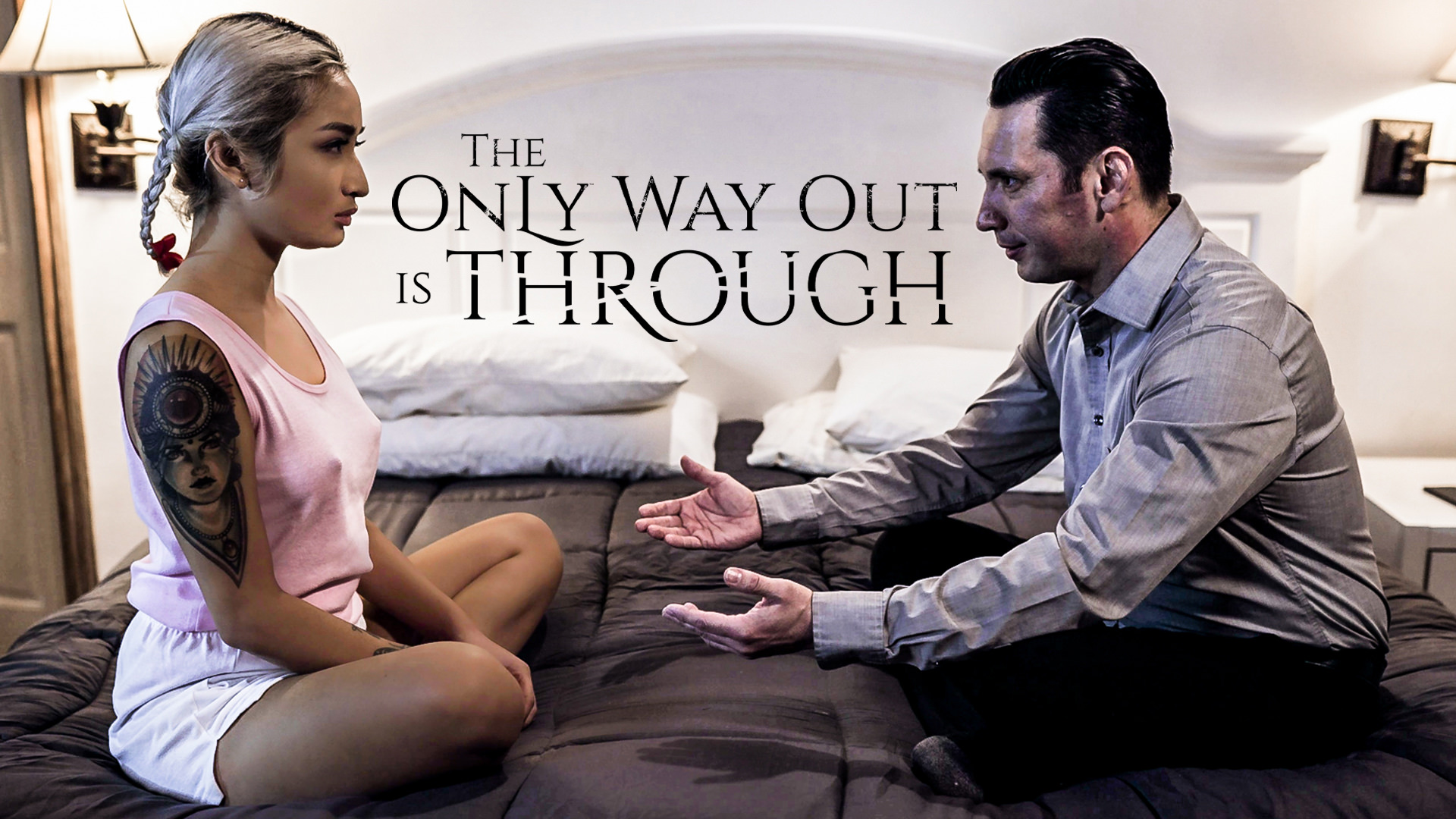 THE ONLY WAY OUT IS THROUGH SCENE OPENS on Deborah (Avery Black) in the midst of giving a statement to the police. She recounts how after she came out as a lesbian to her parents, they made her go to ‘Conversion Therapy Camp’. She was there put under the authority of Dr. Jerry (Tommy Pistol), who kept her separate from the other women and made her go through countless ordeals to ‘cure’ her of her lesbianism. Deborah goes on to state that at one point, she had had enough, and came up with a plan to stop Dr. Jerry once and for all. CUT TO TITLEWe are taken back to the camp to see the events described in the interview first-hand, starting with Dr. Jerry grooming himself in the mirror. He creepily mentions how ‘every woman needs a man in shining armor’, affirming his twisted mantra to himself. He then enters a bedroom and seems to get ready for something. After a moment, he opens an unfinished closet, revealing Deborah within it. It turns out that she has been confined to this closet throughout the duration of her stay at the camp. Dr. Jerry invites her to come out and sit on the bed so that they may begin a therapy session. Though it’s clear she despises Dr. Jerry, Deborah follows his orders, and they sit across from each other. Dr. Jerry guides Deborah through a relaxation exercise, instructing her to feel as comfortable as possible with his ‘male presence’. He also elaborates on his own purpose, claiming his mission in life is to help ‘confused’ women such as herself see the error of their ways. Deborah goes along with it, trying her best to smile convincingly and accept Dr. Jerry’s subtle touch. Dr. Jerry then suggests they try a different form of therapy, claiming it will help Deborah prepare for the moment she meets the ‘right man’. She agrees, and per Dr. Jerry’s instructions, they both get fully undressed. He then makes them lie down side by side on the bed. As Dr. Jerry continues to lecture Deborah, he encourages her to pleasure herself, eventually doing so as well. Soon enough, this new form of therapy leads to them having intense sex, all with the goal of convincing Deborah that she is straight. But Deborah definitely has something up her sleeve, and when she said she had a plan to stop Dr. Jerry once and for all, she certainly wasn’t kidding.