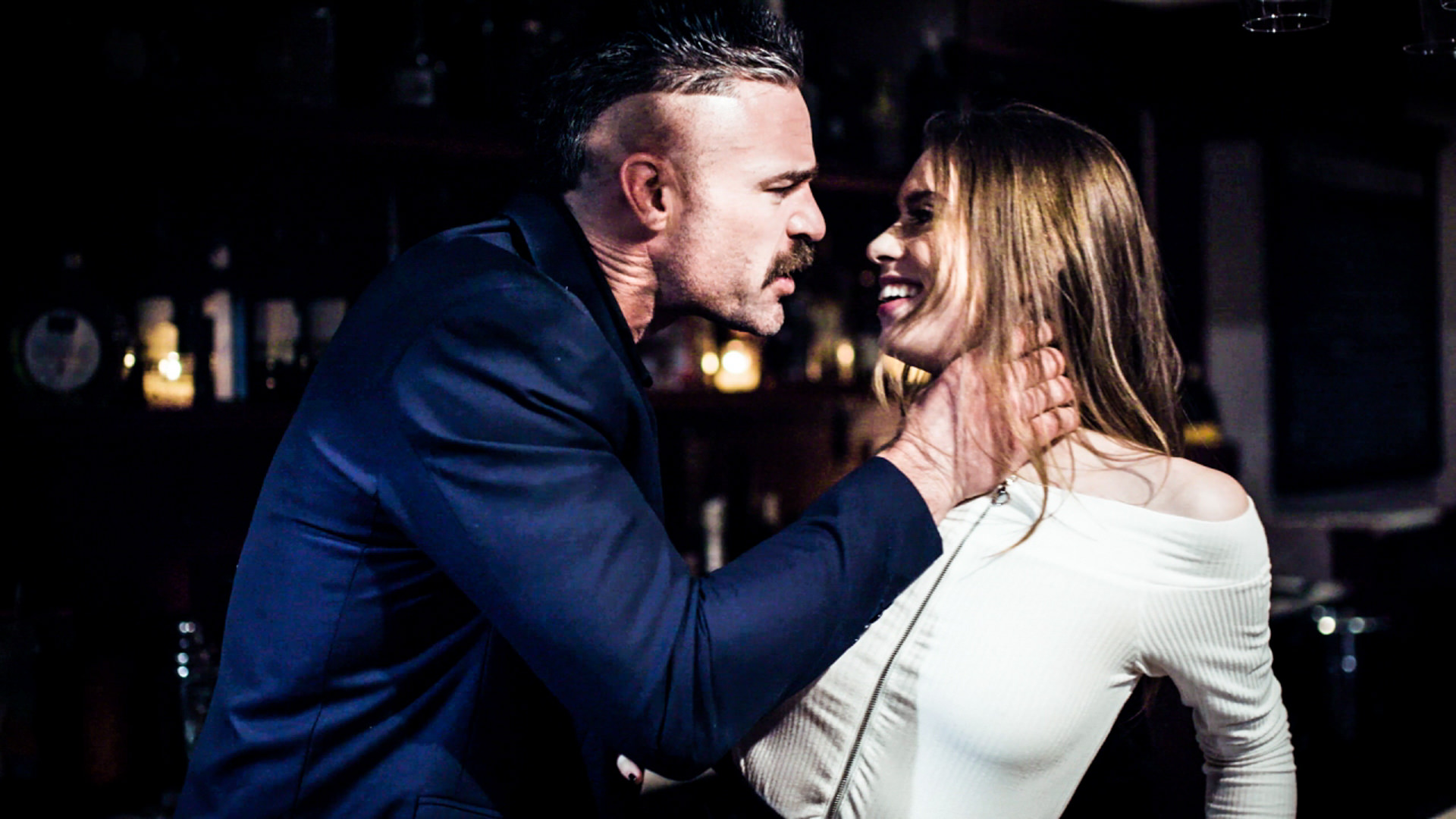 WANTS WHAT SHE CAN’T HAVEAggressive Teen Waitress Seduces Unsuspecting Married BossSCENE OPENS on Lola (Jill Kassidy), a waitress at a bar. She looks bored as she wipes the counter of the bar. The bar isn’t too full andshe surveys the few patrons scattered throughout as she cleans.Her boss Tim (Charles Dera) walks by, greeting Lola pleasantly and they make small talk. Lola is polite but standoffish towards Tim.After Tim leaves, as Lola continues to work, a woman (Ryan Keely) enters, walking up to the bar. Lola smiles at her politely. Sheintroduces herself as Tim’s wife, Marcie. Lola didn’t know that Tim was married. At that moment, Tim emerges from the back, happilygreeting his wife.As Tim and Marcie kiss and embrace lovingly, Lola stares at Tim. She was completely uninterested towards him moments ago, butsomething about what she’s seeing now causes her expression to change. She smiles subtly to herself, licking her lips, her eyeshungry. She’s not jealous… no, there’s something much more unpredictable in her face. She wants a challenge.CUT TO TITLEMarcie and Tim chat. They are on the way to look at a house together. Marcie excuses herself to use the bathroom before they go,leaving Tim and Lola alone together. Lola seems very interested in Tim now, practically pouncing on him. He moves to leave andfinish up his tasks, but Lola stops him with a request for help fixing the register, lying that it’s been stuck all day.Tim comes around to the other side of the bar to take a look at the register. Lola stands near him, purposefully not really moving outof the way. Not wasting any time, Lola aggressively comes on to Tim. He tries to resist but ultimately can’t as she begins to suck hisdick behind the bar.As Lola sucks Tim’s cock, he tries to stifle his moans of pleasure so as to not alert the other bar patrons and glances repeatedly inthe direction of the washroom to look out for his wife.Eventually, Tim’s eyes go wide in fear as he sees Marcie coming back. He hurriedly pushes Lola away from his cock but she doesn’tstop. Tim leans towards the counter and Lola remains kneeled so Marcie doesn’t see her as Marcie walks up to talk to Tim.It’s time for Tim to make a choice. But is it already too late for him to make the right one?