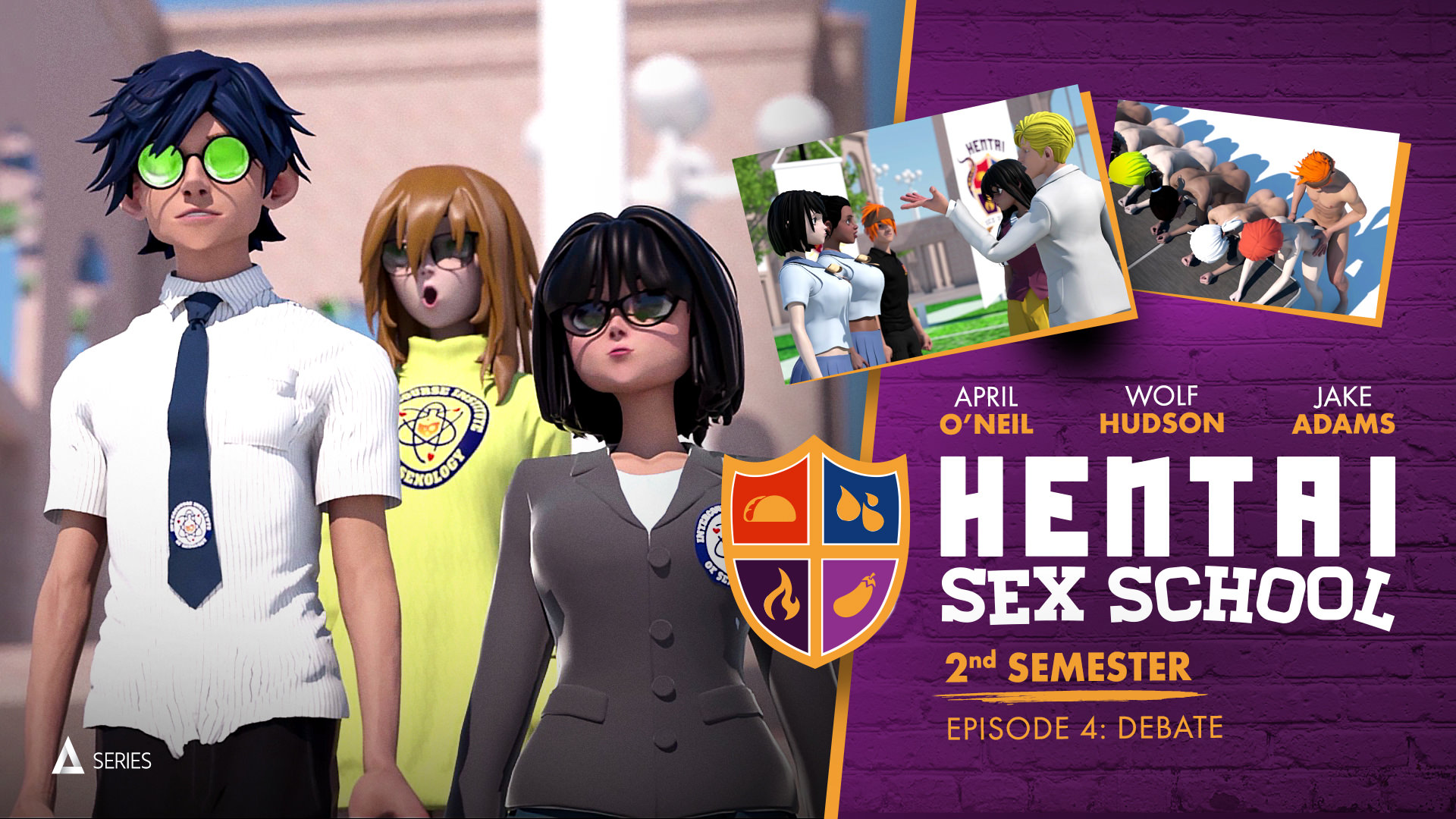 The team’s confidence is shattered after their previous loss. Misty Clitt (Kira Noir) finds Nathan Basic (Jake Adams) moping around and tries to get him to act like a real captain but sees that it’s not going anywhere. Since the next round is about to be announced, she hurries off to gather the rest of the team together, reminding them that they’re not out of the running yet!But tensions are still high. Fights break out between the team members, with Blitz Hardrocket (Wolf Hudson) still feeling bitter about Penny Lustmore (April O’Neil) having lost the last round. It doesn’t help that Nathan is still feeling so down on himself that he doesn’t step in to stop the bickering. He only snaps back to attention once Allura Karma (Serene Siren) happens by to tell them that it’s time to pick their next contender.The next round of the competition turns out to be a multi-partner sex marathon. Blitz, Misty, and Penny all think that Nathan should be the one to compete in this round, but Nathan decides to give Blitz a chance to shine. They’re relying on Blitz’s speed to secure them a win. Even if he does, will it be enough to bring the team back together?