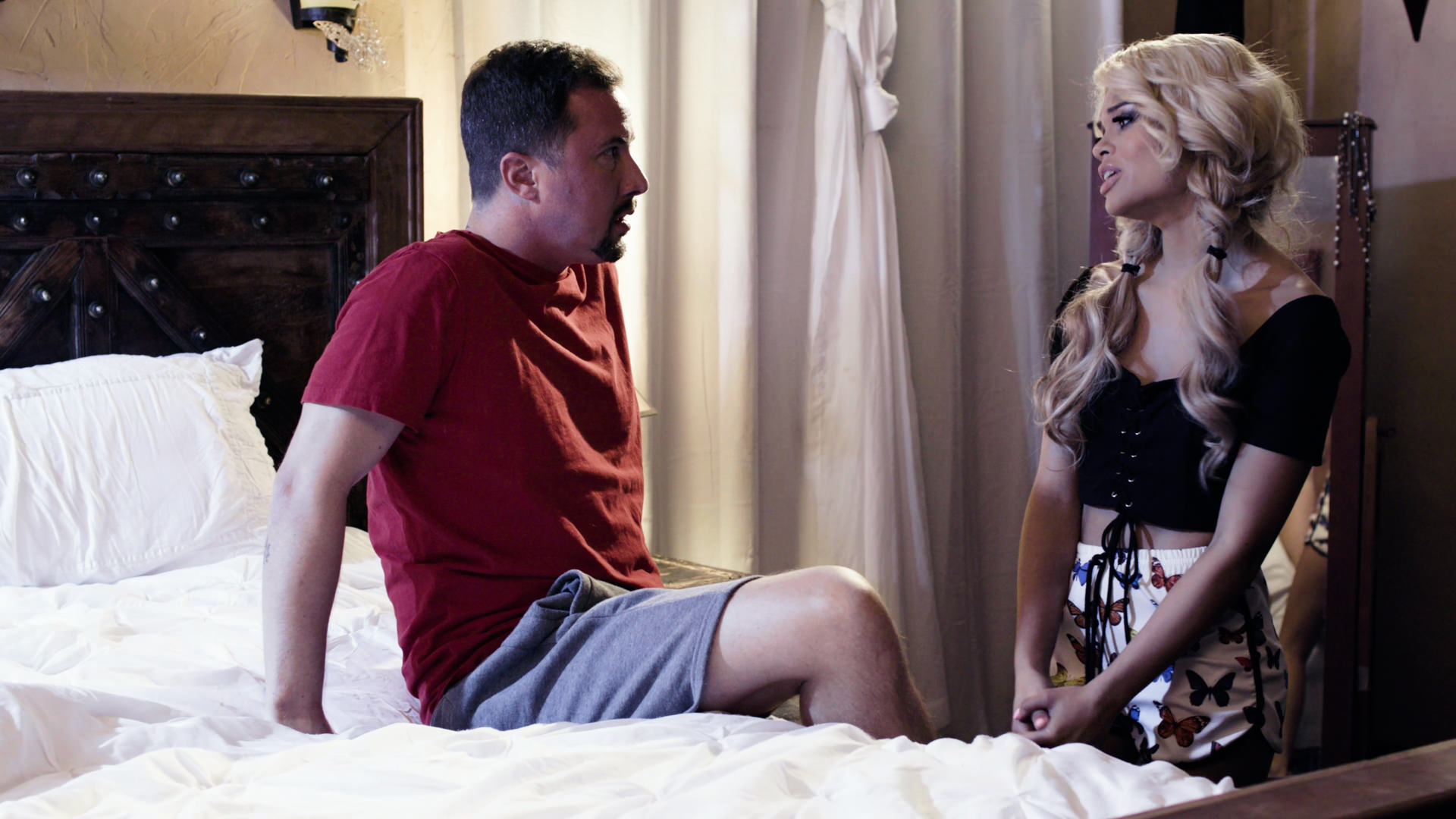 CLEAN UP YOUR LIFETina (Destiny Cruz) arrives at the house her older sibling, Sophie (Vanessa Vega), shares with her boyfriend, Rick (Jessy Jones). Tina has just been through a bad breakup and loss of employment, and will be staying with them until she gets back on her feet. Unfortunately, it only seems like things are about to get more stressful because the siblings not-so-secretly hold resentment towards each other.Over the next few days, the resentment becomes much more obvious as the siblings take jabs at each other. Sophie is frustrated that Tina isn’t trying to get a new job and Tina feels like Sophie is riding her. But eventually, they can’t hold back anymore as they get into a heated argument. It’s revealed that Sophie is resentful for always having to clean up Tina’s messes, while Tina feels that Sophie looks down on her. After Sophie storms out of the room. Tina is furious… and hatches a plan to get back at Sophie.Later that night, Rick is in bed reading alongside a dozing Sophie. That’s when Tina enters the room and quietly tells Rick she needs to talk to him. Rick is concerned for her but when Tina confesses an attraction to him, he’s stunned. She starts planting seeds of doubt in his mind as well about how Sophie treats him. Although he’s loyal to Sophie, once Tina turns on the charm, he’s unable to resist… even though Sophie is right there beside them.