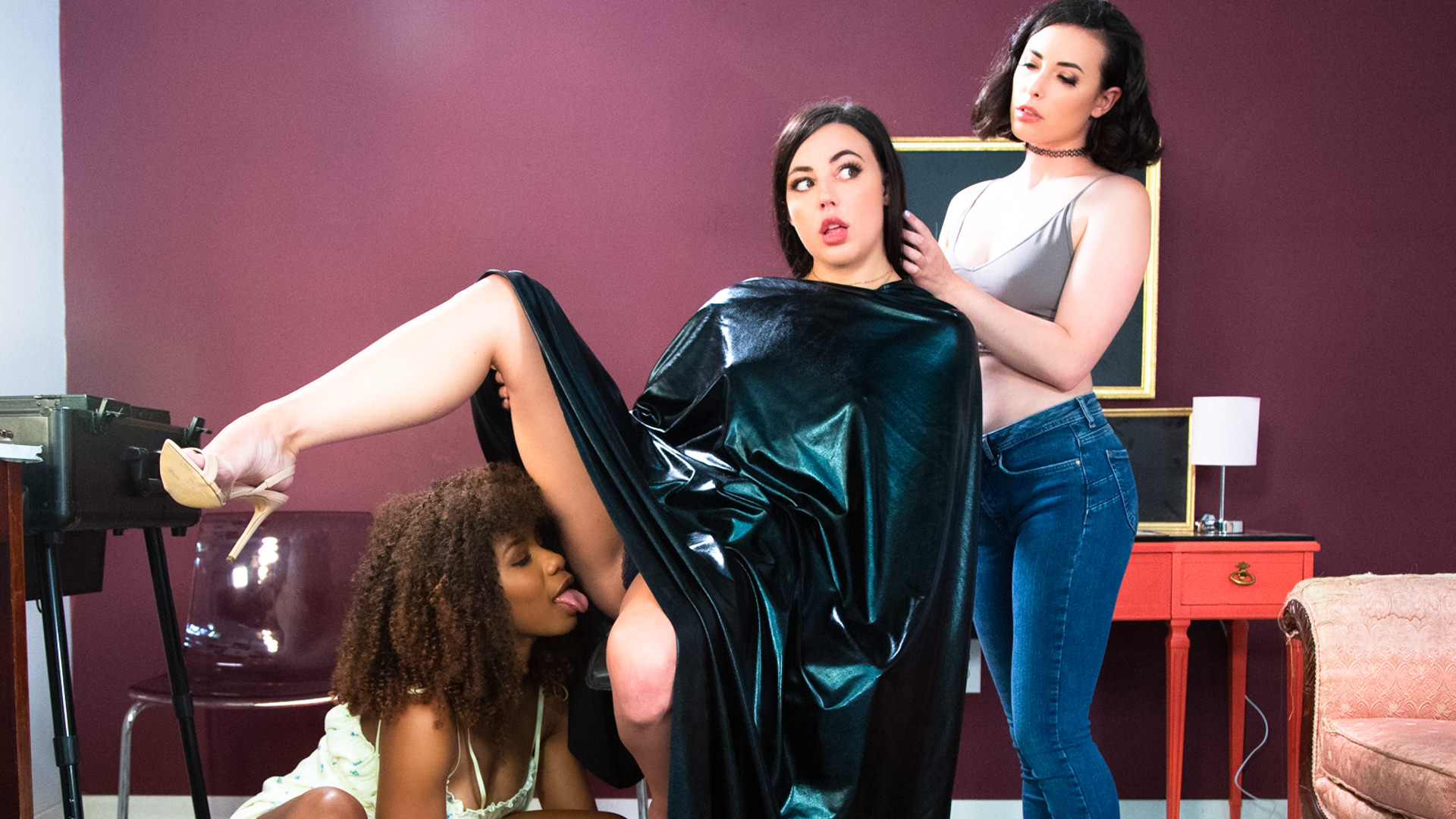 Whitney Wright arrives at a hair salon to get her hair done. Her girlfriend, Jenna Foxx, accompanies her. The hairdresser, Casey Calvert, greets them.Jenna sits down and Casey sits Whitney in a hairdressing chair and places a salon cape on her. They make small talk as Jenna watches politely from the sidelines, reading a magazine. But every now and then, Jenna glances at Whitney, winking flirtatiously. Casey doesn’t notice this and Whitney playfully ignores Jenna’s gestures.Whitney and Casey briefly talk about what Whitney wants done to her hair that day. Whitney isn’t sure, so Casey tells her to think about it while she runs to the back to wash her hands before they get started.As soon as Casey exits the room, leaving the girlfriends alone, Jenna grins mischievously and walks over to Whitney. Before Whitney knows what is happening, Jenna pulls up the salon cape and sinks to her knees, gently pulling Whitney’s legs apart. Whitney stammers with good-natured disbelief, casting worried glances toward the backroom as Jenna pulls down Whitney’s pants.Whitney can’t resist as Jenna begins to eat her pussy.But after Jenna eats Whitney’s pussy for a few moments, they suddenly hear the sound of Casey approaching. Flustered, Whitney doesn’t have time to do anything but quickly throw the salon cape over Jenna, hiding her.These girlfriends are going to have to get VERY creative if they want to continue their sneaky salon sex!