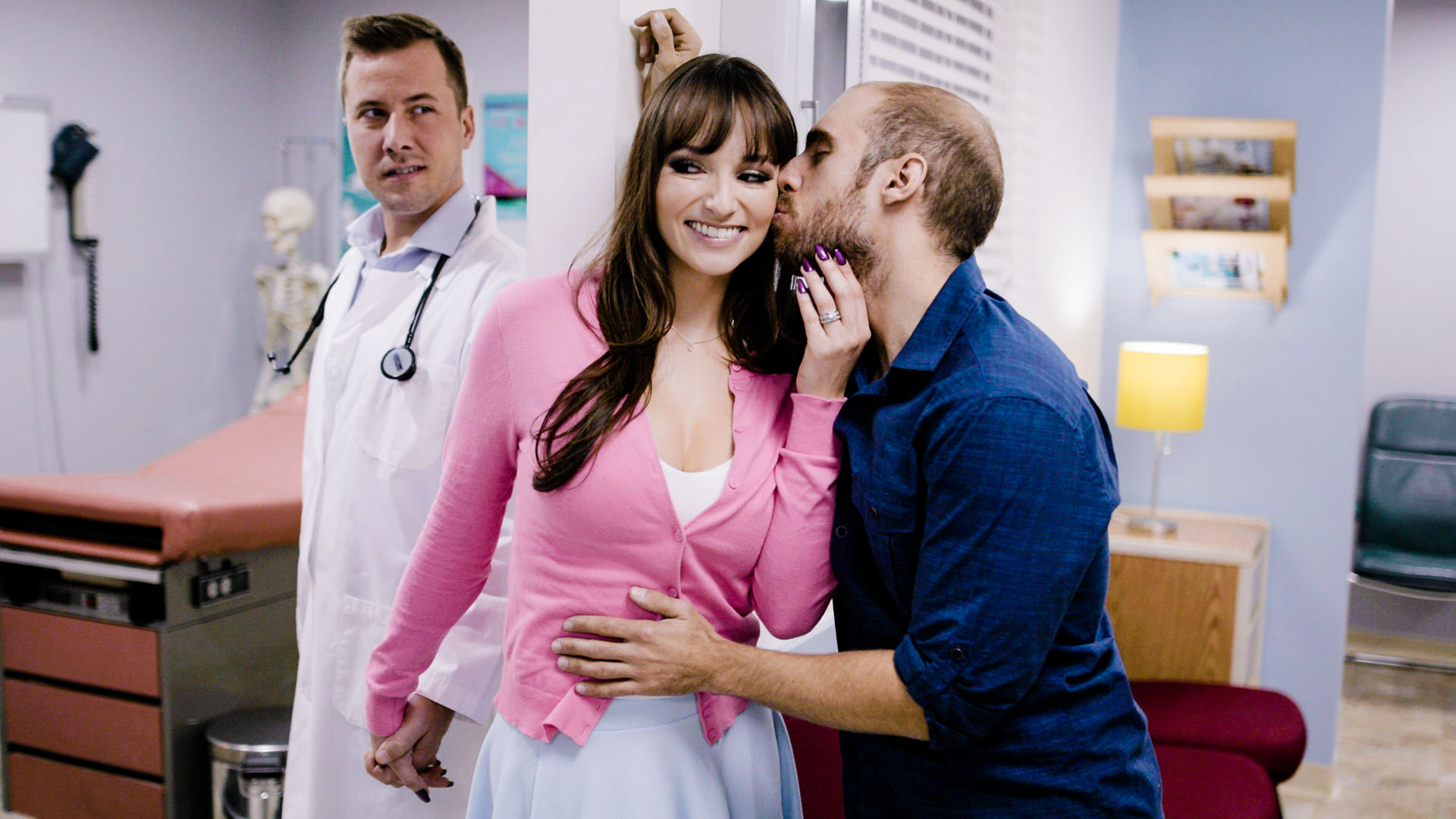 PREGNANCY CRAVINGSNympho Wife Cheats On Husband With Multiple Strangers Right Under His NoseA pregnant wife, Clara (Lexi Luna), and her husband, Jamie, are waiting in a doctor’s office. Ever since Clara became pregnant, her libido has been out of control! Fearing for the safety of their unborn son or daughter, Jamie urged Clara to take this appointment to have peace of mind that all the sex isn’t causing any harm.But Clara is annoyed that her husband can’t satisfy her cravings… so when she sees another couple enter, her eyes are drawn to the man (Mike Mancini). He’s obviously noticed her, too, and is flustered by her smoldering looks. Although she makes small talk with the couple, her eyes are only on the man… and it doesn’t take much to lure him away from his wife for a quickie.Jamie is none the wiser as Clara fucks a stranger in a nearby room. Even when she returns, tidying up her clothes, he doesn’t have a clue!When they’re finally called into Dr. Perry (Jessy Jones)’s office, Clara’s insatiable hunger takes over again as she eyes the good doctor. Dr. Perry pleasantly answers Jamie’s questions and puts his mind at ease that an increased libido is perfectly normal and that no harm will come of it. But before they leave the office, Clara tells Jamie to go ahead since she needs to talk to Dr. Perry about some boring women stuff. Without question, Jamie leaves Clara alone with the doctor…As soon as the door closes, the game is on as Clara hungrily saunters towards the unsuspecting Dr. Perry.